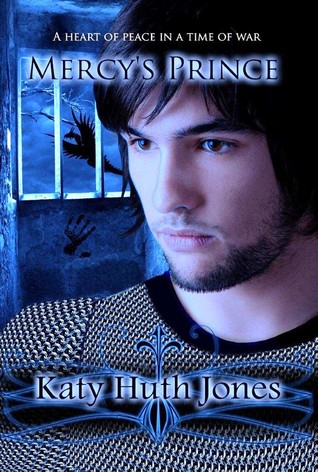 “As second son of the King of Levathia, seventeen-year-old Valerian desires the quiet life of a scholarly monk. But when he fails to save his older brother in battle, Valerian must instead become crown prince. While a traitorous knight schemes against him, Valerian meets Mercy, a pacifist Healer with whom he can speak mind-to-mind like the great dragons. Their bond emboldens Valerian to seek out the legendary dragons and ask for their help against the monsters who killed his brother. Can Valerian survive the traitor’s assassins long enough to find the dragons? And if he does, can he convince them to lay aside their hatred of humans and help him save the land from destruction?”

I’m honestly impressed with Mercy’s Prince. The title is beautiful and unlike other titles I’ve seen and the plot, characters, and writing were just as wonderful.

Ever tried to cut a pie for people who are insistent on everyone having the same sized slice? It’s pretty difficult. But Jones perfectly managed to slice this “book pie” in equal parts for character development, romance, and adventure. There was still one thing that made me feel a bit sick, but as you can see, Mercy’s Prince still received a perfect rating.

Mercy was a valiant and a young woman worthy of the title heroine, despite being the youngest I [believe I] have read about (she’s fourteen). In every situation, she is thinking ahead and thinking critically. No matter the circumstances, even if she was grieving, Mercy picked up her burdens and persevered until things got better. She constantly used the knowledge she had gained from her elders and just by living as she did and used it to her advantage. I especially admired that Mercy neither gave up her pacifist ways nor broke her oath. She had many opportunities to do so and given everything she had gone through, she could have dropped it and blamed it on others. But I admired her all the more for honoring her promise and doing her best to continue to live as usual. I don’t recall very much development, but considering Mercy’s natural personality, I didn’t find it ‘gripeable.’