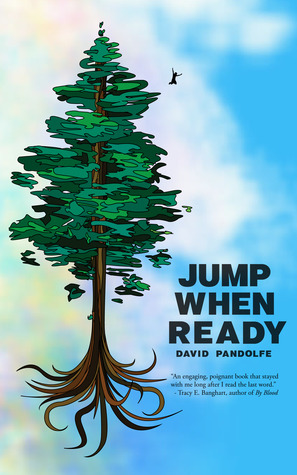 “Since he drowned, Henry has remained with the same group of teenagers and he keeps wondering why. After all, what could he possibly have in common with a mohawk-sporting punker from the 80s, a roller skater from the 70s with a thing for kimonos, and an English “rocker” from the 60s? Add to that, Henry can hear the other groups but he never sees them. Soon, Henry learns that his new friends all possess unique skills for making themselves noticed by the living. Is Henry’s group kept isolated because of their abilities? If so, are they considered gifted or seen only as a potential bad influence?
Before Henry can reach any conclusions, he witnesses his sister being kidnapped. He knows who did it, where she’s being held and what will happen if the kidnappers don’t get what they want. As the police chase false leads, Henry comes to realize that he’s his sister’s only hope. But for Henry to even have a chance, he has to convince a group of teenagers that dead doesn’t mean helpless.”

This was a bitter-sweet book. The ending broke my heart and I wasn’t expecting it to. It’s a quite short book and surprisingly…the main characters are dead. I definitely don’t want to spoil anything so I will be writing this review carefully.

The story follows Henry after he has drowned, but not quite gone to Heaven. It wasn’t described completely, but the gist is that this is where the kids go where they aren’t quite in Heaven nor Hell, but are waiting to be reborn into a new life. The synopsis is once again a little bit misleading, Henry only briefly wonders why he and his group of friends are separated from the others. He is mostly too occupied getting to know how it feels being “between lives,” as they all call it, and saving his sister from a kidnapping. The plot is interesting, not quite edge-of-your-seat, but it keeps you absorbed in the world that Pandolfe has created. His writing is full of descriptions so that you can really understand and see what is going on around you. He did, to my disappointment, include curse words that weren’t necessary. It completely jerked me out of the book and I had to re-insert myself into it. There were only a few, but it was still needless.

The character development is what broke my heart and again, I cannot give anything away lest I give away the whole plot. But let it be known, the way Pandolfe wrote it made my heart squeeze.

Jump When Ready received three-and-a-half stars due to the fact that I felt that because the story focused mainly on Henry’s sister being kidnapped, a lot of good character back-story was lost. The character that developed was briefly shown and then disappeared until the very end, so while I did acknowledge his development, I didn’t really see why he changed. It just kind of happened. Is it worth ninety-nine cents? In my opinion, I don’t believe so. But Jump When Ready has a lot more to offer than many other ninety-nine cent books so if you decide the price isn’t so bad, I suggest you check it out.