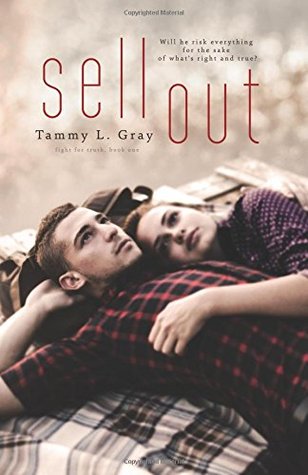 “Like many elite private schools, Madison High has a legacy steeped in traditions, none of which revolve around learning. Survival is simple: keep your head down, don’t say a word, and never question school royalty.

Cody James, a former victim of Madison’s vicious brand of hazing, wants nothing more than to graduate without breaking the unspoken rules that could land him back in social exile. Cody has breached the elusive inner circle, and he has no intention of losing his hard-earned security. But a beautiful new student shakes up his plan to coast by and causes him question his role as sidekick to the king of the school.

As the only daughter of rock legend Donnie Wyld, Skylar has been homeschooled her entire life. Now she wants normal, and she hopes that Madison High will offer her an escape from her father’s deteriorating health. She never intended on catching the eye of the school’s self-elected king or falling for his confusing best friend. But one look at Cody James, and she is drawn in by his guarded vulnerability.

When an average Friday night party turns into a nightmare, Cody is forced to make a decision—fight or follow. But standing up for the bullied and broken means facing a past he’s long buried and risking the future he’s worked so hard to achieve.”

Ahhh. I really liked Sell Out. It was a delightful book that wrestled with deep issues like bullying/hazing. I’m still trying to steer away from heavy books, but Gray made it possible to understand how serious bullying is while not drowning me in depression.

I liked Cody the most. Skylar wasn’t so bad, but Cody had my heart. In this book, there is no subtle growth for Cody, if it’s in his face, it’s in your face. Gray took great care in making sure that you understood, first hand, the demons that Cody wrestled with. I loved it. There was no “I AM A MAN AND I HAVE NO FEELINGS” theme, but instead it was “I have feelings and a painful past that I try to forget.” and that’s so important. In so many books, the male character has a painful past just to spice things up or to make him seem dark and dangerous. This was not so for Cody. Cody’s painful past was raw and it broke my heart for him, but I loved seeing him overcome it. He had to listen to advice from people he trusted and from himself to tackle his problems head on and it wasn’t just because of Skylar. It was because that’s what Cody needed to progress in his life. Excellent.

END_OF_DOCUMENT_TOKEN_TO_BE_REPLACED

“Eternal Life is To Die For.

Seventeen year old Zoe Vanderveen is a GAP—a genetically altered person. She lives in the security of a walled city on prime water-front property along-side other equally beautiful people with extended life spans.

Her brother Liam is missing.

Noah Brody is a natural who lives on the outside. He leads protests against the GAPs and detests the widening chasm they’ve created between those who have and those who don’t. He doesn’t like girls like Zoe and he has good reason not to like her specifically.
Zoe’s carefree life takes a traumatic turn. She’s in trouble and it turns out that Noah, the last guy on earth she should trust, is the only one who can help her.
PERCEPTION is a (SF/mystery/romance) Young Adult novel that takes place in the not-too-distant future in a world changed by climate extremes, natural disasters and impending wars, and where scientific breakthroughs cause class divisions—both financially and philosophically. It explores the clash between faith and science and how differences can separate us as enemies or ally us together. And in some cases, even in the midst of betrayal and personal crisis, there’s room to fall in love.

This is the first book in a series.”
My Review:

This book was irritating and forgettable. The heroine, Zoe Vanderveen, was shallow and naive to the point of stupidity, the parents and Zoe’s boyfriend were emotionless drones (spoiler) who didn’t seem to care that their son or friend respectively just disappeared and may be dead. Like the synopsis says, Zoe is a GAP, genetically altered person (so original!) and so is her family, boyfriend, friends, etc. And then her brother goes missing. That’s an interesting plot. The only non-realistic issue with this? No one seems to care besides Zoe. Zoe is the only one that reacts like an actual human being towards her brother vanishing. Which is fine. The issue was: Zoe is just short of a full-blown idiot and has the depth of an empty kiddy pool. Everyone is obviously keeping secrets from her, especially her boyfriend. Yet, Zoe continuously thinks something along the lines of: “If my boyfriend says he knows nothing then he doesn’t. He wouldn’t lie to me. I trust him so much.” The whole time I was screaming at her. It makes no sense to think that way when someone is blatantly lying to you. Then, when she meets Noah Brody (why do so many male characters in books have a name that ends in ‘y’?) she thinks something along the lines of: “How can someone be as gorgeous as Noah when he doesn’t even have blue eyes and blonde hair? (When she’s undercover) How can anyone find me attractive when I have brown eyes and brown hair? ” Excuse me? Have you not gone anywhere your whole life? Are you that sheltered? How insulting. And yes, this is another one of those stories where the girl is in a relationship but starts to love another man because of his looks.

Zoe is a spoiled rich girl who knows little to nothing about being undercover and is disrespectful towards people who don’t look like her or have the same cultures. If there was character development where Zoe goes from her original self to someone down to earth and actually attempts to understand the lives of other people, maybe I would have been able to bear it. But she didn’t. She stayed the same throughout the whole book and I was in pain.

I didn’t understand the romance. How could you (Noah) love someone who disregards the fact that your mother is dying and you want to be there for her because she (Zoe) needs you to help her? How can you love someone who doesn’t want to understand your culture or your situation with not being a GAP? How can you love someone so shallow? I don’t understand. Also, if my brother is missing, there is no room for romance whatsoever. Help me find my brother and after he’s home safe and sound maybe I can start thinking about romance. There was no connection between the two and it was a ridiculous romance.

While GAPs aren’t a new concept, this book could have been great if the characters weren’t lifeless and shallow. I’m thankful this book was free because I would have been disappointed if I had spent money on it.

“Unlike most kids, teenage Katie Parker never got a fair shot at a normal life. With a mother in jail and a missing-in-action dad, she’s never known what it’s like to truly be loved. Low on options and family members, she’s soon shipped off to a foster home. Now in an unfamiliar town, Katie’s rebellious attitude is at odds with her new family, school, and classmates. And after falling in with all the wrong people at school, things go from bad to really bad after she takes the blame for vandalizing the local performing arts theater.
But in the midst of a dark situation, Katie finds light in the most unexpected places: through her new friendship with an eccentric senior, the commitment of her foster family, and a tragic secret that changed them forever. And as she inches closer to acceptance and forgiveness, she finds that God has been there all along.”

This book was cute, fairly well written, and made me laugh quite a few times. I gave it a three out of five stars because Katie sounded like a middle-schooler even though she was supposed to be in tenth grade. Also because while I understand that Katie has trust issues because she’s a foster child, I felt that some of her actions were downright rude. (spoiler) Lastly, because of the ridiculous situation Katie was put in. It was obvious that she had no hand nor any idea about the vandalism that was going to/had taken place, I don’t know why everyone insisted it didn’t sound plausible. Otherwise, she was a good main character, realistic, and relatable.

Katie has trust issues, hang-out-with-the-wrong-crowd issues, some behavioral issues, and issues with people that serve God. She’s very skeptical of the people she’s living with, apparently, James, is a pastor at a church, Millie, seems suspiciously enthusiastic about Katie’s arrival, and their dog, Rocky, looks like he wants to lick her to death. There’s not a single thing that’s shallow about Katie, but she has a whole lot to understand. I enjoyed her personality and how she meddles in things just enough without causing (too much) harm. I loved her sarcastic thought-process and her quick-witted responses as well as how she knew when to stop talking and when to start. She had a type of attitude that wasn’t disrespectful but still had a smart-alecky tang to it. Katie was full of different aspects that made her who she is and Jones wrote her well.

END_OF_DOCUMENT_TOKEN_TO_BE_REPLACED

Josephine Shaw: complex, yet singleminded. A tiny woman with big ideas and, some would say, a mouth to match. But what does she really know about sustainable living as it relates to the real world? After all, she and her two friends are new to farming.

Zachary Nemesek is back only until his dad recovers enough to work his own land again. When Zach discovers three helpless females have taken up residence at the old farm next door, he expects trouble. But a mouse invasion proves Jo has everything under control. Is there anything she can’t handle? And surely there’s something sweet beneath all that tart.

This book caught my interest because it’s a Christian Romance novel, so I correctly assumed that it would be free of sexual scenes and things such as that. However, it also was missing a large part of romance.

I did like the book, but despite the unique characters, I felt that the romance aspect fell flat. Josephine Shaw had character, she strongly believes that God gave us earth and that we need to take better care of it and she’s on a mission to get everyone to come on board. She finds herself with her two best friends, Sierra and Claire, in the middle of a town on land that they’re determined to make into a self-sustainable farm.

Josephine, called Jo throughout the story, has a lot of problems. She’s enthusiastic about her cause, but sometimes she comes off as self-righteous and overbearing. Jo tends to jump to conclusions before she has the full story and often, it’s her best friend Sierra, that she accuses. While she recognizes the beauty of earth, she often fails to see the beauty in herself. I appreciated that aspect of her though, it was there, but it wasn’t pushed at the reader, she didn’t immediately start off with “I stared at my mousey brown hair and sighed. Why couldn’t I have gotten this color hair instead like that other girl?” Instead, while it was obvious that she doesn’t see herself in a positive light all the time, she doesn’t completely insult herself at any and every moment she can.