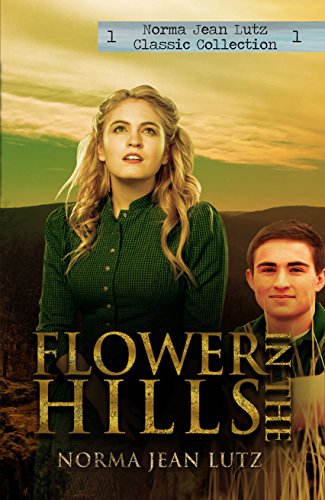 “Latina Harmen knew she was going to hate Missouri. “There’s nothing in Missouri!”
she had told her father when he announced they were to spend the summer there.

And now she knew she had been one hundred and ten percent right. Latina had taken for granted that she would be spending another happy summer
vacation with her friends at Periwinkle Cove on the East Coast.

After all, her family
had spent summers there as long as she could remember.  Now, in the summer before her senior year, she would be stuck in a hick town with
no one around but her boring parents and bratty younger brother.

How could she have guessed the beauty that lay waiting for her in those brooding
hills? How was she to know she would meet fascinating people, and that she would
learn more about herself than she’d ever known?

How was she to know she would meet a special someone whose friendship and
support would change her life forever?”

I’d like to just publicly extend my utmost gratitude to Ms. Norma for her incredible patience and understanding as she waited for my review(s)! She was always very kind throughout our conversations and even encouraging, even though she waited quite some time for these reviews. Thank you again, Ms. Norma. (:

Flower in the Hills doesn’t have a dystopian government or an overwhelming need for rebellion. There are no heroines feeling heat in their stomachs when the male love interest turns their smoldering gaze onto them. This book is refreshingly simple and was entirely a 5/5 star book.

When I say this book was two steps short of a Godsend I mean it. Lutz had sent me an email asking if I could review Flower in the Hills while I was finishing up a book that was the book equivalent of quicksand.

I really liked the characters. Sort of.

Latina is a great character. I love her (mostly) soft and genuine nature. I love that even though sometimes she was rude, that I could tell that she truly loved and cared about her family. She had some less than pretty moments, but by the end of the book she really matured. I won’t give spoilers, but I’m glad that she wasn’t the type of character to give into peer pressure in order to impress her friends. I was worried, but clearly my worries were misplaced.

Speaking of writing, Lutz’s writing style is amazing. I don’t come across it often but I truly do enjoy it. It’s got a light hearted, airy kind of tone, as if you’re taking a leisurely stroll through a park full of nature sounds.

The romance was sweet and didn’t make my stomach turn or give me a toothache. There were no angst-filled stares, lustful touches mistaken for love, or hearts beating so fast that the character thinks it will leap out of their chest. It was a respectful kind of romance that I think I could recommend to everyone. It was very sweet/cute, but not so much that I was rolling my eyes and spamming my dentist with emails.

Would I recommend Flower in the Hills? Yes! It was a great, but quick read, took less than an hour, and is a great way to relax while reading.