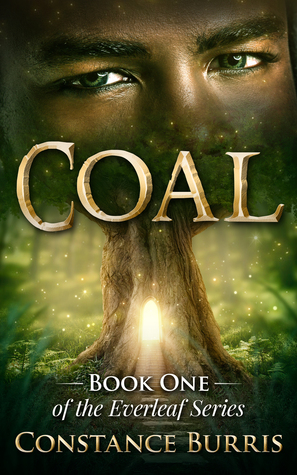 “Coal has lived most of his life in the fey realm with his elven best friend, but when a human child he promised to protect unintentionally breaks a law in front of the fey elite, he will have to choose between betraying his best friend or saving the child’s life.”

The first couple of pages drew me in, and then after a few chapters, it lost me. It’s like riding a rollercoaster for the second time after two years and at first it’s “WHOO! Oh yeah!!” Then you’re like “oh, I remember these turns. This isn’t as fun as the first time.” The only difference is that I’ve ridden variations of this rollercoaster many many times.

Since only Coal is mentioned in the synopsis, I can’t talk about any of the characters. I loved Coal though. I would love to be his best friend. Coal was a gentle, kind, honest, and hardworking character to the point that he wasn’t a character, but a person. I truly appreciated him and I hope in the later books he gets the recognition he deserves.

The “evil” in this story I called out by the time I reached 60%. Now, you may be like “Um, Paige, that doesn’t count. You were more than halfway through the book.” But it does count! Everything before that was world building and character introducing and whatnot. The real conflict didn’t start until 60% in and later. The evil character had some cliche dialogue here and there, quoting things like “[My Mentor’s] Rule Number whatever is…” That is a tired cliche, please let it rest.

If there’s one thing I could appreciate about the evil people, Burris wrote them so well that I downright loathed them.

The plot was interesting enough, it kept me on the line and I wasn’t bored. I don’t recall any plot holes, but I don’t feel like there was enough actual “plot time” for them to develop. I liked Burris’s writing style, there aren’t any complaints there. Her writing style on the first page is what drew me in to read the book when I was looking for something to read. The only thing I thought was rather odd is that Coal is black (that’s not the odd part) and his best friend is white (that’s also not the odd part), what’s odd is that his best friend changes her skin color between black and white whenever it suits her. It was kind of weird and didn’t add much to the overall story in my opinion.