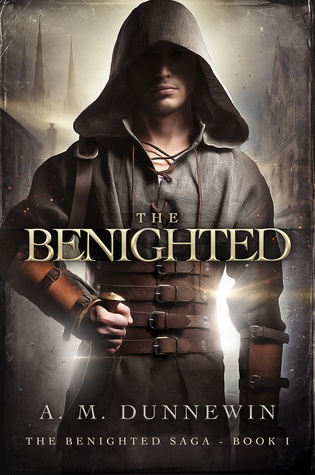 “The King was dead.

His body was found slain in his room, only months after his son had been brutally murdered. Skylar Mandolyn, his daughter, has now become the last heir to inherit the throne. But instead of becoming Queen, she has been imprisoned for helping in the escape of Sir Harlin Brien, her knight who was framed for the King’s murder.

Confined to darkness, Skylar’s captors have given her no choice but to yield to a new kind of enemy: a kingdom that has advanced in both technology and warfare. It’s when she refuses that the prison uses its other means of persuasion, and although unmerciful, the whip lashings and isolation can’t suppress the memories of her family’s downfall. Pulled between her subconscious and reality, Skylar already knows who the true enemy is, because even the darkness can’t hide the deceptive hands that have destroyed them all.

With two kingdoms on the brink of war, Skylar’s only hope is in the person who has gone missing — Harlin, the knight who was sworn to protect her. The memory of him surrounds her when the darkness screams louder than the prisoners, and when Death smiles a faceless grin in between the cracks of the stone. While the tremors start to rise from the deep, crawling up through the prison’s walls, Skylar doesn’t realize that she will soon see why he’s one of the Benighted.

The mystery was never how Harlin escaped. It’s how he’ll return.”

If I’m being totally truthful (and I am), I would say that I started off by being impressed and then it kind of leveled off. The Benighted still received a 4/5, so, as you can see, it clearly wasn’t too awful though.

I liked Skylar. She was resilient, clever, humorous, a strong leader, and even though I can’t relate to her particular issues, I felt as if I knew her personally. Skylar didn’t really undergo character development, at least not in the normal, “selfish to generous” obvious kind of way. Rather, her experience throughout the book most definitely developed her in some way that readers will probably realize in the next book.

Sir Harlin Brien made me swoon. Oh, just swoon. I wish I could show this one quote because it made me melt, but it’s somewhat a spoiler so I shall not. He was in the book pretty often, but it was still more focused on Skylar. I think I would’ve liked to read more about Harlin and who he is, but I have a fairly good picture of him.

The other characters I enjoyed reading about are spoilers, but Dunnewin wrote the enemy pretty well. It was easy to identify them, which was Dunnewin’s intention, and then she had their actions really reinforce how evil they were and I liked that.

Dunnewin’s writing is almost flawless. Her descriptions are amazing, the dialogue was superb, and the plot was sound. I thoroughly enjoyed the flashbacks that Skylar had. They were excellent ways for me as a reader to understand the background of the story and it full served it’s purpose. I only have two complaints: The repeated descriptions of eyes and the length of the book.

Dunnewin describes a character’s eyes as “amethyst” 12 times and “ultramarine” 10 times. By the first time, I understood what color the character’s eyes were, I didn’t need to be told 11 more times or 9 more times. I just did not.

I also didn’t like how short the book was. I did truly love the flashbacks, but that’s what the majority of the book was. When the book ended, I was still waiting for more, the flashbacks and the occasional “real time” events weren’t enough. It felt as if I had read a prequel, rather than the first book of a series. But truly, this is a minor complaint, I was more irked over the eye color descriptions.

Would I Recommend The Benighted? I received the book for free so I had an “unfair” advantage, so I can’t in good conscience just yell “YES! Spend $0.99 I didn’t have to spend!”, but I think it’s a pretty good book. I would recommend it.