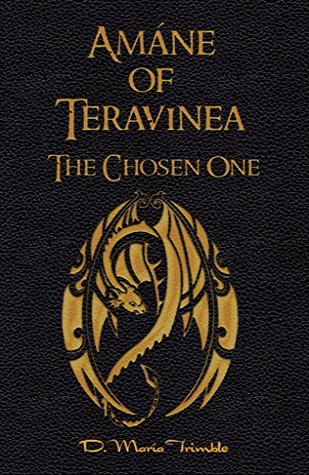 “When a hero emerges in the Kingdom of Teravinea, he often rises from the ranks of the dragon riders. In the past, only one female has fit the profile. Until now … Fifteen-year-old Amáne finds herself witness to the hatching of a dragon egg. The painful linking rite creates a bond between the two that cannot be broken. She and her dragon, Eshshah, become the only dragon and rider in a kingdom that once abounded with the beautiful creatures and their riders. Amáne and Eshshah are thrown into a conflict that they do not yet understand. One thing is for certain — the fate of the kingdom rests upon their shoulders…”

Ugh. I’m on a 3-star rating streak that I really do not want to be on. What I wouldn’t give to find a couple of 5 star books…or even 4 stars. Anything.

I wanted so badly to be impressed by this book. The synopsis looked great, the cover was great too, but I just felt that the writing let me down.

I don’t really have much to say about the characters. I didn’t really connect with any of them. It might be because Amáne is fifteen and I’m eighteen, going on nineteen, but I just couldn’t relate to anything she struggled with. I also felt that she lacked character development. Amáne has an anger issue and that was clear, so I thought that maybe Trimble was going to have her develop a better temper, but instead her anger issue just goes away. One minute she’s a raging ball of anger and needs to learn how to control herself, next she’s just in control. What gives? Go through the stages like the rest of us, Amáne!

I can’t say I could ever relate to a dragon, but I liked Eshshah. I won’t name any other characters, since they aren’t mentioned in the synopsis. I do want to mention though, that even though every character, including Amáne, weren’t cardboard cutouts, they still lacked the depth that I needed. Eshshah just couldn’t save the rest of the characters.

Does anyone find it kind of weird that a seventeen year old is in “love” with a fifteen year old? I know it’s only a two year age difference, but Amáne just turned fifteen (like maybe three months ago or something) and the love interest is seventeen, going on eighteen. Why would someone almost about to “graduate high-school” (there’s no such thing in this book) be attracted to someone who just got out of middle school? I don’t know. It’s really odd and makes me rather uncomfortable when I think about it. I’m not accusing Trimble of anything, it’s just a weird thought that struck me.

Otherwise, I wasn’t pleased with the romance. It was definitely insta-love and it could have been omitted from the book without it monumentally affecting anything. I understand that Amáne and the love interest experienced a hair-raising adventure together, and then they spend time together, but it just wasn’t enough for me to believe that they were in love. The entire ordeal was just that cliche back and forth, “I can’t love you, but I want to….I don’t love you, so why does my heart hurt when I think of you dating someone else?” kind of stuff. I can’t stand that.

I’m disappointed in the plot. I started the book and it was fairly interesting, but as I continued on, it was extremely boring. Most of the book isn’t any action, it’s just Amáne figuring her life out before and during the time she finds Eshshah. The part where she meets Eshshah was cool and interesting, but everything after was drab. It was just “Eshshah go and hunt.” or “We practiced this that and the other.” or “I was sore and upset and I wanted to ride Eshsah but I was too tired.” until at LAST she goes on a mission. Which was somewhat interesting, but by then I was too far gone to be sucked back in. The ending is a cliffhanger, technically. You don’t dangle off a cliff, but instead you kind of notice “oh crap, that’s a cliff!” and stop right before you fall over. There’s nothing that makes you want to leap (onto the next book, not off a cliff!), and the road behind you isn’t very enticing either, so you kind of just hang a left and find something else to do. I think the book had potential and maybe the second book is better, but it honestly just didn’t do it for me.
Would I Recommend Amáne of Teravinea: The Chosen One? No, I’m afraid not. Someone else may enjoy it, but I know that I didn’t. It’s also almost seven dollars, which I think is super expensive for what I ultimately felt that I got.