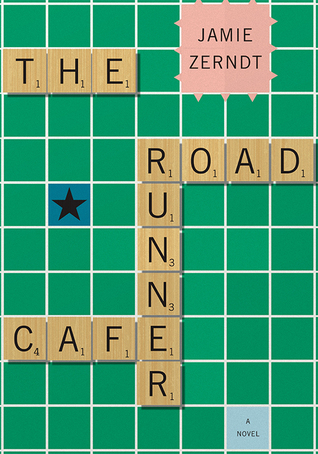 “One year after his father’s suicide, Carson Long feels cheated. He hates his father for leaving him and his sister, Georgie, alone. He hates him for turning his mother into a young widow who hasn’t left the house in months. And he hates his father for leaving behind his stupid tree. Four of them are planted outside the restaurant, one for each family member. That is until Carson’s mother, no longer able to stand the sight of the tree, hires a local landscaper to remove it in the middle of the night. This seemingly unremarkable act soon sets in motion of series of events in the small Colorado ski town that leaves more than just young Carson groping in the dark for answers.

The Roadrunner Café is a unique novel told from multiple points of view about loss and the lengths some will go to heal the human heart. Ultimately, it is a story about what it takes to go on living even when everything in the world might be telling us it isn’t possible to.”

Have you ever cracked open a can of your favorite soda, or a soda you enjoy in general, and took a real long swig, right after you got finished munching on something spicy? That awful taste that bubbles in your mouth and you try to hurry up and swallow, is the taste The Roadrunner Cafe has left in my mouth.

I guess it’s partially my fault. I saw on Goodreads that one of its tags was Young Adult, and I saw that the main character was a thirteen year old, so I assumed that this was young adult. But I am suspicious that it is not, but I’ll review it anyway just because I don’t have anything else lined up (oops).

There are definitely some differences between what I just read and the book on Amazon. For one thing, the main character in the book I read is named Mattias Long while Amazon has it as Carson Long. That’s because I have the older version, which has since been updated. But, nonetheless, I’m reviewing what I read, not what was changed.

Truthfully, I liked Mattias, Easy, and Norwood. Those were the only three characters I liked and I only 1/3rd liked Easy, I’ll explain why later. The characters weren’t one-dimensional or anything, but they all had such issues, that I couldn’t, in good conscience, like them. I don’t have anything else to say besides that on characters.

What was the plot? I’d give you a dollar if you could tell me. Maybe I was looking for a traditional plot and so that’s why I was so disappointed, but The Roadrunner Cafe seemed all over the place. The story’s point of view was always some mixture of omnipotent third point of view and limited third point of view, so the different people you read about changed frequently. That wasn’t an issue, it was cool, although I only liked reading about Easy (kinda) and Mattias and only partially about Norwood until he got boring (along with the rest of the book). All of the characters are dealing with some kind of grief and so I understand that the book focuses on how different people flush the grief out of their system. I just felt that it was all so twisted. Here are the things The Roadrunner Cafe deals with, and yes, this is a total spoiler (warning: rape mention):

A prostitute who was raped, two super-christians who are out of the coop crazy, a 16 year old and a 23 year old falling in love and having sex, a guy putting a gun in a pig’s backside and kill it, Mattias nearly killing the woman who was having an affair with his now dead dad, and so many other things.

It was wild and awful and jumbled and sickening. And yeah, the second thing is why I didn’t like Easy. That was weird. And wrong.

Despite everything, I have no issues with Zerndt’s writing. I actually think he’s a skill writer, but I just didn’t enjoy his book. It was interesting in the beginning but once everything started to unfold I was bored and rather sickened.
Would I recommend The Roadrunner Cafe? No.

4 thoughts on “The Roadrunner Cafe by Jamie Zerndt (Review)”