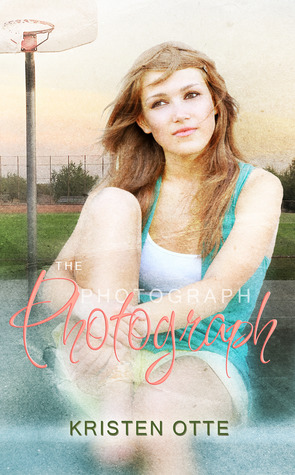 “Rachel Brandt has spent the first sixteen years of her life in the dark about her mother.

All she knows is that her mother disappeared when her father was killed in action in the Gulf War a few months after she was born. But when Rachel stumbles across a photograph of her mother, she realizes she doesn’t want to be in the dark anymore. Against her grandparents’ wishes, Rachel begins a search for her mother.

I can’t say I liked The Photograph. I thought it was rather boring honestly and not at all what I expected it to be.

Firstly, the characters were okay.
Brent, Rachel’s boyfriend made me a uncomfortable. At one point in the story I genuinely thought he was going to take advantage of her and I was prepared to stop the book altogether. Brent pulled himself together towards the end, but I still didn’t like him. I wouldn’t have wanted to be alone in the room with him while he’s drunk or sober.

I wasn’t impressed with Rachel. She wasn’t quite cardboardy, but she was no fun-sized bar of Snickers. The most interesting thing about Rachel was her skill in basketball, which, don’t get me wrong, isn’t anything to sneeze at. But characters need to be more than just the sport they play in, am I right? Even when she was supposed to be really angry, it was just as convincing as a two year old stamping their foot and shouting, I’m going to sue you! You laugh, say or think What a cute kid., and move on with your day. It didn’t make much sense to me how, on one page, it says Rachel doesn’t drink much because her grandparents taught her how dangerous it was. Then, four pages later, Lillie hands her a beer and Rachel eventually gets drunk. ???? Then the rest of the book has her getting drunk more often. Okay, I guess.

The rest of the characters were a half-hearted shrug except for Lillie. While I don’t think I’ll pick up another book by Otte, I would like to see a well-developed story about Lillie. She had potential.

I didn’t like the romance and really it was just Brent. As I said, he made me uncomfortable. Brent seems like the kind of boyfriend who is borderline abusive when drunk as well as the kind of boyfriend who will force you into having sex with him by guilt tripping you. He kept telling Rachel he loved her, but she admits to being somewhat scared of him when he’s drunk and there were at least two scenes where he tries to coerce her into doing stuff for/with him that she doesn’t want to. I also have a pet peeve of couples who celebrate their “anniversary” before they’ve even been together for a year. Are these couples unaware of what the definition of anniversary means? Here, I googled it for you: “the date on which an event took place in a previous year.” You’re welcome. If celebrating before you got to a year is what you want to do, you do that, it’s your relationship not mine. I’m just saying, it mildly bothers me.

The plot was weird. You know how most books have a solid plot and then sub-plots throughout the story that help out with moving things along? Well, every plot, even the main plot, felt like a sub plot. Nothing was focused on as strongly as it should have been. Rachel’s search for her mom? There was no mystery and even though the plot-twist/big reveal was different than usual, everything still felt meh. I wasn’t on the edge of my seat, chewing my fingernails like popcorn trying to figure out who her mom was and truthfully, it didn’t feel like Rachel was either. Rachel’s basketball life was probably the biggest plot there was, but it was just a few pages describing the different games. I’m not much of a basketball fan, so although Otte didn’t go anything wrong when describing the games, I couldn’t get into it. The other plots, like the romance, weren’t anything special.

Otte’s writing is simple, and there is nothing wrong with having a simple writing style. However, there’s a fine line between having a simple writing style and a boring style. Otte made a great decision to have the point-of-view be limited third person, but sometimes there were awkward sentences like: “They embraced.” and “Brent stopped the tickling.” and “She gave Rachel a high five.”
Would I recommend The Photograph? I’m afraid I can’t say I would. It may be that it just wasn’t my cup of tea, but I didn’t find it to be an intriguing book. Especially not for $2.99.