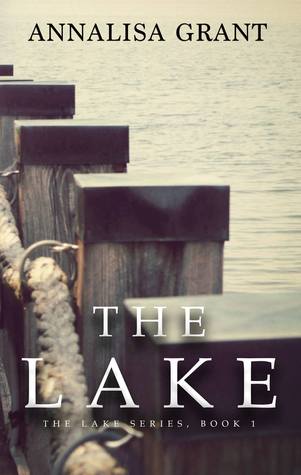 “At 17, Layla Weston is already starting over. Having lost both her parents and grandparents, and with nowhere else to go, Layla is moving from Florida to a small town in North Carolina to live with the only family she has left: her estranged uncle and aunt.

The last five years of Layla’s life were spent appeasing her lessthan-loving grandmother, followed by being her grandfather’s caretaker. Growing old before her time, Layla lost her identity. Now she must learn how to allow herself to be the one cared for and loved.

Life takes an unexpected turn when Layla meets Will Meyer. His breathtaking good looks are enough to catch her eye, but his sincerity and passion are everything she needs to find the strength and confidence she lost — and lead her into love.

When tragedy once again strikes Layla’s life, her hope is all but completely crushed. Through it all, Layla learns what it means to truly love and be loved.”

I have read many books in my lifetime. And I have read many books just in the (almost) year and a half that I’ve had this blog. I’ve encountered great books, awful books, mediocre books. I’ve met complex characters and simple characters…but never have I met such an awful character as Layla Weston. It isn’t just her either…this whole book was just bad.

I’ve got to talk about Layla first. I hated her. At first, I felt kinda bad. She’s had a hard life, not too many rays of sunshine came her way, but she was still pushing on. Then, it all went downhill.
Her grandparents die, which isn’t a spoiler, it’s in the synopsis. Layla goes to live with her aunt and uncle, who she calls Claire and Luke, without the “aunt” and “uncle” prefix, respectively. The reason for this wasn’t disrespectful, as Layla explains to Will, but just that it would feel weird to call them Aunt and Uncle when there’s really no real relationship among them. That wasn’t my issue. My issue with Layla is that she is the most selfish, most disgusting, most annoying character in this entire book and quite possibly in all the books I’ve read so far.

When she meets Will, who is obviously the love interest, she immediately falls in love with him. I’ll talk about that later. But it doesn’t take long for her to forget about all of the love and care that Luke and Claire have shown Layla, before she thinks “He’s [Will] the only good thing in my life…” Really?
The worst thing Layla ever thought/said? That’s easy:
“He [Will] is the only thing that has brought me pure joy since before Mom and Dad died. Then I experience the most horrid thought I’ve ever had in my life: I don’t really wish they were here. If they weren’t dead, I wouldn’t be here and I wouldn’t have Will. I’m glad they’re [her parents and grandparents] all gone because I want Will more than anything else in the world.”
Can you even imagine thinking such a vile thought about parents who did nothing but love you? If my parents died, even if I suddenly had thousands of suitors pining for my love, I would take my parents back in a matter of seconds. Layla pretends to be horrified that she thought such a thing, but she really isn’t. She admits, two seconds later, that it isn’t true that she “would take her parents back in a heartbeat, even if it meant losing Will.” I truly cannot understand why Grant thought this was a good idea. It’s an insulting to people who have actually lost their parents and would love to have them back in their lives. It’s an insult to people who have lost their grandparents and would love to have them back. It’s just wrong. So, so wrong.

I have to stop here or else this entire review will be on how terrible Layla is, but that was definitely the worst thing about her.

The rest of the characters were annoying. None of the teenagers talked like teenagers, so I kept forgetting they were around seventeen. I was imagining thirteen year olds for most of the time. All of the other characters were plot pushers, collectively saying Push! Push! under their breaths every time they were given some book time. And for some reason, Grant made them all give Layla random praises for no reason. Why does she need so much praise? She hasn’t really done much. She wasn’t anything special or obviously unique, she wasn’t even a cute kind of plain, she was just bland. Unseasoned watery soup, that’s what Layla was.
I didn’t like Will either. He has an explosive outburst over something he agreed to and it was pretty scary. If I had been Layla, I would have seen it as a warning sign of dangerous outbursts to come. He eventually forces Layla to be in a relationship with him after she tells him that she doesn’t want to by publicly calling her out. Even though she’s ‘happy’ he did it, it was still wrong.
I have to talk about Marcus. He was a plot pusher too but I actually liked him. He didn’t get much book time and Layla and Will forced him to do things for them with only their interests in mind, but he was cute. I liked him and I think he deserves much better than anyone in the book.

Remember how I said Layla immediately falls in love with Will? Well, she does. By the time I’m 31% in, Will is already declaring his undying love: “From the moment you slammed into me that night at the concert, I have loved every second of every minute that I have spent with you.” Um, okay, I guess. It just continues on from there and every other page they’re shouting their “love” from the rooftops at each other. It made no sense. It is undeniably important for the two characters (or three in this case (unfortunately)) that are involved in the love triangle to actually, you know, bond with each other. You cannot write a believable relationship if there’s no reason for there to be a relationship. As a reader, I needed to see Will and Layla spend time with each other, meaningful time that wasn’t spent saying “I love you so much.” over and over. Love is so much more than putting “I love you.” on repeat.

Gosh, what even was this plot? I wasn’t even wearing my glasses and I could see the entire lineup of events from three miles away. The plot was slow on top of that, taking its sweet time to describe things I didn’t care about. Who cares how Layla’s move from her old house to Luke and Claire’s house was? There was no reason to care! Why should meaningless conversations that definitely did not contribute to anything except a superficial relationship between Layla and her aunt and uncle mean anything to me? Why should I have to sit through some eleven chapters of it?

(This became a lot longer than I wanted it to, so I’ll wrap it up here.)
Would I recommend The Lake? Gracious, no. I don’t even know why it’s a series because it should only be one book. I know it’s free, but it’s not worth the time it takes to read it.