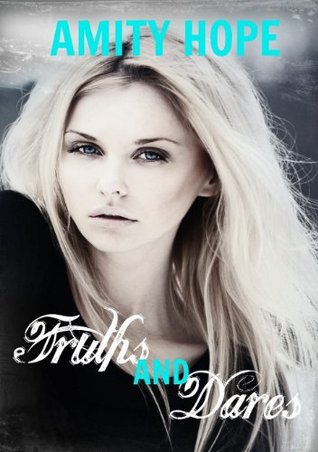 Somewhere in between playing in the sandbox and starting high school, Harper Monroe fell in love with her best friend. Seth Ryerson was the boy who lived next door. He was the boy who dared to give her her first kiss. He was the boy she cried over when her mother decided to uproot her from her hometown. He’s also the boy with a secret.

When Seth finds out that Harper is coming back to town halfway through their senior year, he hates that he can’t be happy about it. Because Harper is the one person who knows the truth. And as far as Seth is concerned, the truth really doesn’t set you free.”

WARNING: Entire review is based on a spoiler, it could not be helped.

It angers me, no, infuriates me to no end, when an author has the audacity to not include a trigger warning on the synopsis of their book. What I’m about to say is a spoiler, a huge one actually, because it’s the foundation of the entire book, but it’s important to expose it.

Seth is abused by his father, Bart. Yes, that is the secret. If I had known this, if there was a trigger warning like there should have been in the synopsis, I would not have picked the book up. No, child abuse does not trigger me since I have, thankfully, not experienced it abuse. But I still don’t like to read about it and I know there are many people out there who have experienced it, and this could launch them into a panic attack or worse. That’s why it’s so wrong for an author to not mention the possibility of triggering themes, because they’re triggering.

This doesn’t go to say that Hope came off as the type of writer to write a book about a serious topic just for laughs. It was obvious to me that Hope was taking the subject seriously and wanted to convey just how abuse destroys lives. That being said, let’s talk about the book.

Truthfully, I hated Seth at the beginning. The way he treated Harper in the first part of the book made me immediately dislike him and I wanted nothing to do with him. I understood his actions later on, but I never really liked him after that; I didn’t dislike him either, though.

Harper was interesting. I liked the way she told the truth and even though Seth would push her away a lot, she would push back. So many times, different characters go “This character needs you.” or “You guys are great friends. You’re good for him.” This was the only time so far where characters said something of that nature to Harper about her relationship with Seth, and it was true. Sometimes her meddling bothered me, because of how she wouldn’t think of the consequences her actions would have, but it was all done for Seth’s benefit.

I liked the relationship she had with her Dad. I really appreciated how he trusted her even when he believed she had been dishonest with him. I’m pleased that Hope didn’t use it as a way to prolong the book, but instead chose the route where the parent trusts their child.

There’s romance, of course, but it doesn’t overpower the main theme, which was good. I wasn’t crazy about it, but I also didn’t hate it. It was real and pretty necessary, so there aren’t any complaints from me.

The plot was good too, even though I didn’t like it. There wasn’t a tangled undecipherable web of random additions. There were no plot-pushing characters or needless scenes and there was nothing sexual either. Hope also didn’t include petty drama, like a queen bee in the high-school or anything. I felt that that would have distracted from the main point of the book, so I’m happy it was left out. Hope writes well and I honestly still feel rather bad/sad even though I finished the book half an hour ago. I just really don’t like really about child abuse. But yes, I still gave the book 3.5 stars because that’s what it deserves, it was written well with good characters and I don’t have many complaints. I did see the wrong ‘your’ used, but at the end of the day, the content will call your focus away from it. Truths and Dares deals with a heavy topic, but Hope doesn’t write about it in a way that it weighs depressingly heavy on you. Don’t get me wrong, the subject is depressing, I mean, it’s child abuse. Even still though, Hope doesn’t make you feel that all hope is lost, but represents the situation in a realistic, but hopeful manner.

I think it would have been nice to have dual perspectives, rather than just Harper’s. I would have loved to see Seth’s view of his own life in addition to Harper’s limited view.

I was surprised to see that there’s a sequel and the book ends on a cliffhanger. I don’t feel like it was necessary, but I also don’t feel like it was unnecessary. Personally, I won’t continue the series just because this isn’t the type of thing I enjoy.
Would I Recommend Truths and Dares? I personally wouldn’t, but like I said about Valley of the Moon, it’s because I know my friends wouldn’t enjoy this book either. Based on the synopsis, your personal opinion, and my review, I encourage you to make your own decision.