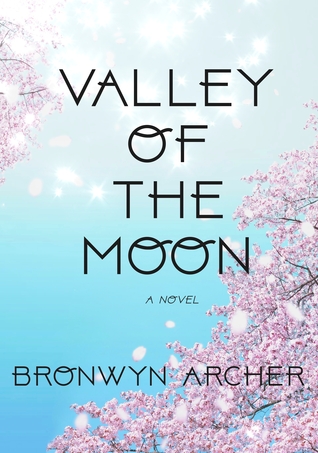 I think only Lana’s little step-sister was a plot pushing character, since she isn’t truly necessary except a few times. Otherwise, all of the other characters were well-developed and had unique personalities that were obviously well thought out.

I honestly didn’t hate Cressida, who is Lana’s older step-sister, the one mentioned in the synopsis. Maybe I should have, but I didn’t. All of the things she did were wrong, but there was something about her that didn’t make me full-on hate her. Not yet, at least.

There were psychic and ghost and paranormal stuff that I wasn’t aware of and by the time I reached it, it would have been painful to drop the book. I had spent a night and my entire day trying to finish the book and I didn’t want to lose all my hard work. I didn’t feel like it was necessary and it seemed like a cheap way to keep the plot moving without explaining much about the strange occurrences.

The plot was complicated and usually I like that, but this time I didn’t like it as much as usual. Sometimes it was confusing, following a giant family tree, and there just always seemed to be some kind of bad twist. Archer also adamantly refused to allow Lana to have just one good day and instead tormented her relentlessly and it made me feel rather sad. At first, I wanted her to win just once, but then I started to get annoyed that nothing good would happen to her. Every now and then maybe something exciting would happen and she would feel momentary joy, but soon after her joy would crash and burn. I also didn’t see the “plenty of romance” that was promised. There was some romance, but it wasn’t good. I suppose to say anything more would be a spoiler.

There is rape in this story that I really hated. It didn’t add anything to the plot and was rather brushed over until some anger was needed. I don’t believe that there could be any “good reason” as to why a rape is in a book, unless it’s a biography of some sort. The rapist, didn’t even seem to remember it and Archer had some other catastrophe take place at the same time in order to avoid any conversation about it. I didn’t like it. I hated this. And it really ticks me off when authors don’t include trigger warnings like this in the synopsis. It isn’t fair to any reader to have them read a book that could be potentially triggering without warning them immediately. It’s just wrong.

Sex is also a theme in the book, and while there were no explicit scenes, there were some flashbacks and a scene that explains what Lana is seeing. Nothing that seemed to carry the intent of making things tingle, bebut they were slipped in and uncomfortable and unnecessary.
Would I Recommend Valley of the Moon? I would not. At least, not to my friends because I know their tastes are fairly similar to mine and they wouldn’t enjoy it. Unlike what both the Goodreads and Amazon synopses say, this book is not, under any circumstances, suitable for ages 14 and up. It is not. I wouldn’t recommend Valley of the Moon to anyone under 18. I won’t discourage any of you from reading it, but I publicly beseech you: Do not read Valley of the Moon if you can be triggered by rape, stalking, a sex slavery mention, and child abuse. It is graphic and there are multiple flashbacks and I would hate for any of you to suffer.

I received this book for free in exchange for an honest review via XpressoBookTours.