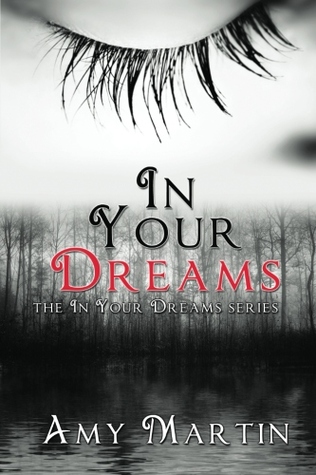 “Sixteen-year-old Zara “Zip” McKee lives for three things: basketball, books, and bailing out of tiny Titusville, Illinois, where the junior high and high school are in the same building and everyone’s known everyone else since birth. But when Kieran Lanier moves to town and passes out on her desk on his first day at school, Zip’s life gets complicated in a way she never dreamed.

Kieran has narcolepsy, and although he sometimes struggles to stay awake, he has no trouble capturing Zip’s heart and trusting her with his most guarded secret–he sees bits and pieces of the future in his dreams.

But just when Zip thinks that maybe she can handle having a boyfriend who sees things before they happen, her budding relationship with Kieran gets a jolt when Kieran’s parents reveal that his sleeping disorder is not what it seems and may be putting them in harm’s way. And when Zip begins to have unsettling dreams, she must decide if she can live with knowing the future in advance when she’s afraid of what might happen.

*Recommended for Young Adult readers 13 and up (mild cursing, some adult situations)”

When I was In Your Dreams’ synopsis I was suspicious. Was Martin going to play this off as a “we were destined to be together” kind of plot? Or, worse yet, a “I’m a mysteriously gorgeous man who saw you in my dreams but I have to stay away because I. Just. Can’t. Control. Myself. Argh!” Answer? None of the above.

I really liked that the majority of the book wasn’t focused on Kieran’s dreams. It’s true, his dreams are a large part of the plot, but it’s just as important to develop the rest of the book. I also liked that he wasn’t gorgeous or anything, but a regular kid with irregular tendencies. Martin took the time and care to create a relationship between Zip (love the nickname!) and Kieran and supporting characters before she introduced much else. It allowed me the time to learn about and eventually fall in love with the characters she presented and it hasn’t gone unnoticed.

Each character was well-rounded and the families were represented as they actually are in reality.

Zip is a “I’m not like other girls” kind of girl, but not in a bad or pompous way. She doesn’t have to say it because she is her own person without anyone needing to let you know.

Gosh, I loved Kieran. He’s like a really sweet book boyfriend that’s actually believable. He had moments when he needed to be alone, a gorgeous sense of humor, an equally wonderful personality, and was a great kid overall. Kieran had to ask tough questions and answer them and was always fighting to overcome his narcolepsy. Sometimes he needed to be alone and sometimes he needed friend so. There was an excellent balance.

The family dynamic, in both Zip and Kieran’s, was well done. There were arguments and tears and confusion and sometimes even mistrust and I liked that. No family is perfect and everyone has secrets, so to make sure that these families were not only involved in their children’s lives, but had differences that sometimes clashed was an excellent idea on Martin’s part.

The plot was excellent too. There was a sense of mystery and uncertainty that floated along. It was kind of like when you smell something in the air briefly and you’re not sure what you’re smelling, but you like it. Ever had that? By the end of the book, I was pleased to find that there was no cliffhanger, but everything was explained, but still had the hint that there could be a next book.
Would you recommend In Your Dreams? I would! I think it was a fun read and definitely something that’s perfect for a rainy day. It’s a book that will keep you occupied and interested for a good while. Plus, it’s free! The synopsis does say that there are adult situations, but I never saw them or felt uncomfortable with anything so I’m not sure what the warning is for.