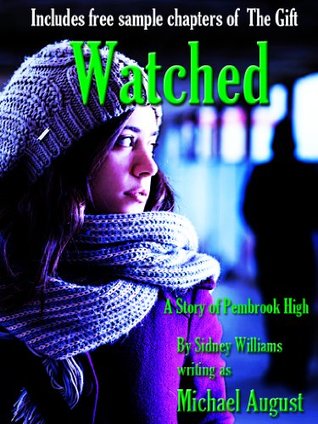 “A short tale of suspense set at Pembrook High and exclusively available for Kindle.

Everyone expects Brianne Pratt to plan the scariest Halloween dance ever, but she’s facing a few challenges. School authorities want to keep the theme too tame. Her folks don’t like her college boyfriend who’s coming back for the evening, and worst of all, someone’s watching.

Someone’s spying on Brianne, sneaking messages into her locker and placing strange phone calls that make it clear her secret admirer won’t give up easily.

Even if she can navigate the treacherous waters of school politics and pull off a wild and exciting Halloween event, she’s worried she could be the real focus of the horror on the big night.”

I’m not sure what I expected, but this was the weirdest short story I’ve ever read. Thirty pages worth of “What?” “Really?” and “Wow, okay.”

The story is only thirty pages long so really, how long can a review for it be, but we’ll see.

I’ve seen piece of paper that’s thicker than Watched’s characters and plot. Brianne was disrespectful towards adults and it was completely distasteful. I don’t even remember any of the other characters. There was so little suspense that it completely surpassed zero and went into negative infinity. I never even guessed who the stalker was and I didn’t care when it was revealed. There was nothing scary about him, just creepy. It wasn’t a mixture of a creepy stalker with a terrifying plot with a eerie setting, it was just “No thanks, this is weird.”

Honestly? The scariest part of this story was how everyone didn’t care about the stalker.  (spoiler)He actually manages to kill a fellow student just because they were going to attempt to stop the party and was nearly going to kill Brianne. No matter what awful things the stalker did, the people who find out who the culprit is don’t seem to care. Instead, they’re concerned about how realistic Brianne’s boyfriend looks in his wolf costume.
Would I Recommend Watched? No, definitely not.