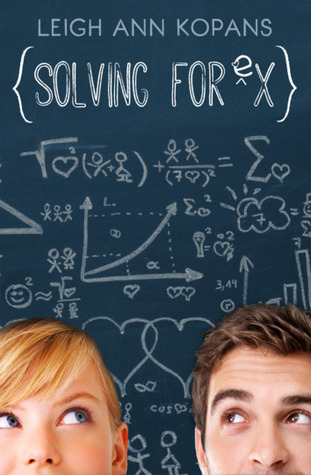 Ashley Price doesn’t have much in life after being bullied so hard she had to leave her old school to live with her aunt and uncle in Pittsburgh. But the camera she borrowed from her best friend and secret crush Brendan, and her off the charts math abilities, make things a lot more bearable. Plus, since Brendan is the captain, making the school Mathletes team should be easy.

But when gorgeous new girl Sofia rolls in and steals Brendan, Ashley’s place on the team, and her fragile foothold on the Mansfield Park Prep social totem pole, it’s on. Sofia is everything Ashley left her old school to escape. The only thing Ashley didn’t count on is Sofia’s sexy twin brother Vincent.

Vincent is not only the hottest boy in school, he’s charming, sweet, and he’s got his eye on Ashley. He’s also not taking no for an answer. There’s no real reason Ashley shouldn’t like Vincent, but with the
battle lines being drawn between her and Sofia, Ashley’s not sure which side he’s on. Or which side she wants him to be on.

She does know Sofia is trouble with a capital T, and she’s determined to make Brendan see it.

SOLVING FOR EX is a YA contemporary romance that remixes Mansfield Park as Clueless meets Mean Girls in a crazy mix of high school society, mathletic competition, and teenage romance.”

Honestly the ending of Solving for Ex made my heart fall to my pinkie toe. It absolutely destroyed the entire book for me. I don’t know if it’s justified, but it made the whole thing feel superficial to me.

It was great at first; it was cute. Mathletes and love! How adorable is that? But the ending was just so disappointing that I went from “Would Recommend” to “I don’t know if I would suggest it..”

The characters were cool, make no mistake. Ashley, Brendan, Vincent, and Sofia had the main focus and Kopans obviously planned/thoroughly created them. Each had their own personality and specific view on life. I also noticed that Kopans didn’t veer off the highway and take the ramp to Easy Street and make Sofia the stereotypical evil queen bee that rises to power and makes everyone miserable. I was confused with her motive sometimes and I would agree that she was a jerk, but she was still her own person.

Ashley was a healthy well-rounded character with depression and an obvious and undeniable crush on her best friend. A tale as old as time. She has another agenda than just mooning over him, like her love for photography which I liked. She said some things that reminded me of my own friends who adore photography, which made her more lifelike for me. Ashley definitely has a good head on her shoulders too. I don’t just mean that she’s smart, but that she’s honest and listens to her gut instinct. While of course, her best friend doesn’t know that she likes him, she didn’t beat around the bush with other certain people on how she felt about them.

Brendan was downright mean, an unadulterated jerk. In the beginning, I thought he was cute and cool. After all he had done for Ashley so far, he had flaws but he was perfect. And then his appeal plummeted so far beneath the ground that zombies had a better chance of rising again. It wasn’t fair. I ended up hating him. The love interest! It snuck up on me without me realizing it until I said, “I hate you.” out loud as I was reading some of his dialogue. I didn’t understand why Kopans decided to destroy him? Brendan’s personality and utterly deplorable treatment of Ashley made me recoil.

The plot was okay. It actually made me feel really depressed. Even until the very end, Ashley was getting the shortest end of the stick. She never got the ending she deserved and I’ll always regret that. I honestly wanted nothing more for Ashley than for her world to finally go right for her. Kopans’ writing skills are great, but she didn’t deliver many things. For example, there was no exploration of some tragic things occurring in Brendan’s life, the motives that Brendan had, explanations for Brendan’s actions, explanations for Vincent and Sofia’s actions, and an exploration of Ashley’s home-life. These parts that I think would have been important were left out, mentioned once or twice and never again.
Would I Recommend Solving for Ex? I’m afraid not. I wish I could say yes and that you will want to curl up in your favorite spot and read this book, but I’m afraid not. Kopans’ talent set me up to enjoy a great story that included two things I love: romance and math, but failed to deliver what she had assured me I had ordered. I wish it hadn’t ended in such a poor way.