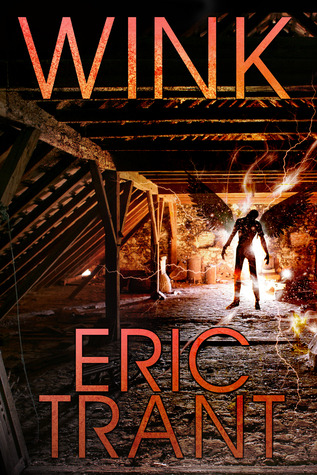 “In this thriller set in a rural Gulf Coast town, twelve-year-old Marty Jameson finds refuge in the attic from his mother’s abusive rages. But only during the day. At night the attic holds terrors even beyond what he witnesses in his home. With a family made up of a psychotic mother, a drug-dealing father and a comatose older brother withering away in the spare bedroom, Marty feels trapped.
Next door, wheel-chair bound Sadie Marsh obsessively watches Marty’s comings and goings from her bedroom window, despite her mother’s warning about the evil in that house. Evil which appears to Sadie as huge black-winged creatures.
Marty, emotionally torn by the violence and dysfunction in his family, is drawn to Sadie and her kindly mother. But if he is to save his new friend from the supernatural horror threatening them all, Marty must transform himself from victim to hero. And to do so, he must first confront what lurks hidden in the shadows of his attic.”
My Review:

Books in the thriller section can be pretty terrifying or nerve wracking. But you know what I found out today? They’re much more terrifying if you aren’t even aware that it’s a thriller novel.

Yes, I picked up Wink thinking it was a ‘normal’ story about the friendship between a boy who suffers from domestic abuse and a girl who is paralyzed from the waist down. I had hoped that it would end with the boy, Marty Jameson, escaping the daily nightmare that resides in his home, and living ‘happily ever after’ with the girl, Sadie Marsh, and her mother. Instead, an entirely different door of horror was opened and I was sucked in without a chance to protest. While I am not completely clear on if Wink is a Young Adult novel, there’s no doubt that it is definitely meant for teenagers and up.

Surprisingly, I did enjoy Wink. Thrillers aren’t my favorite type of genre, but Trant made the plot really easy to get lost in. Trant’s tone of voice for the story written in an omniscient third-person perspective helped to bring each character, both human and otherwise, to life. The tone that was set for Wink, reminded me of the man who reads in the Narnia Audiobooks, if you have ever listened to those, but with a much eerier feel. Not quite soothing, but you could listen to him for hours. The descriptions were flawless to the point that I felt physically sick during a certain scene.

The plot was just as amazing and the way Trant carefully intertwined paranormal fantasy with abuse, poverty, drugs, disabilities, extreme hoarding, and (a bit of) racism was impressive. Of course, the paranormal part threw me for a loop since I wasn’t expecting it, but it was in no way out of place or clumsily included.

I am going to attempt to say a few things about the main characters, but I don’t think it’s explicitly necessary. Marty is an adorable kid, severely deprived of love, affection, and adequate meals, but still sees the good in the world. My heart broke for him, but also hoped that he would break free and grow strong. For someone who was abused and lives in such darkness, it’s amazing that he has such a kind heart. Sadie, although not abused, has physical problems, but she looks past her issues to look out for Marty.  There was character development, but I can’t describe it or say what happened without giving away major parts of the plot.
Would I Recommend Wink? If you’re into this kind of thing and can handle curse words, scenes of child and spousal abuse, graphic violence, frequent deaths then I would definitely recommend Wink for you.